Nina Simone famously affirmed that it is an artist’s duty to reflect the times—an affirmation that countless other artists would continue to use over the years as inspiration for their own music. At the 63rd Annual Grammy Awards, Beyoncé used those same words after making history as the Grammys’ most decorated woman to date. The composition that put her over the top was her 2020 single, “Black Parade,” which serves as a beautiful example of the many manifestations of what Nina Simone identified as classical music.

Most people who are familiar with Nina Simone’s work would likely consider her a jazz artist, but history shows that “jazz” is a term that she didn’t actually care for. In an interview with Brantley Bardin back in 1997, she said: “To most white people, jazz means black and jazz means dirt and that’s not what I play. I play black classical music.”

Nina was, of course, “classically” trained, but this, and her many other interactions with the phrase “classical music,” have continued to challenge what should be deemed “classical,” especially in the context of 21st century America. Nina Simone, Beyoncé, and the countless other women who have done their best to reflect the times, are all part of a tradition that is undeniably classical, but it isn’t often framed that way. There is so much more to “classical music” than the Eurocentric aesthetics traditionally connected to the genre, which are just one example of “classical music.” From the age-old musical traditions of the Indian subcontinent to the rhythmic rhapsodies of the Motherland, examples of classical music are everywhere. With the exception of music codified by America’s Indigenous populations, there’s nothing more “classical” in the United States than the very thing that gave birth to what Ms. Carter and the late Ms. Simone championed—sounds that a late 19th century Bohemian composer named Antonin Dvorak once described as “Negro melodies.” 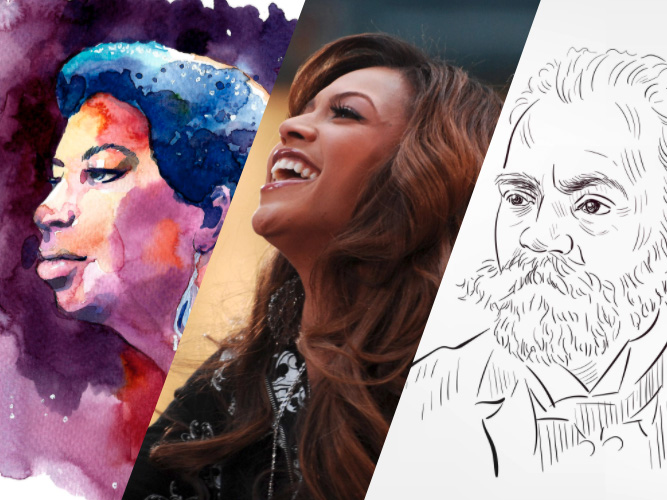 "To most white people, jazz means black and jazz means dirt and that’s not what I play. I play black classical music.” - Nina Simone

On an 1891 invitation from a wealthy philanthropist named Jeanette Thurber, Bohemian composer Antonín Dvořák came to the United States to not only create a “classical” music space that would include women and Black people, but one that would musically celebrate what is uniquely American. Soon after arriving to the United States, Dvořák met a man named Henry Thacker Burleigh. The two quickly became close associates, with Burleigh being Dvořák’s window into what most people know today as the spiritual, or the Negro Spiritual. After spending months studying and analyzing this music, Dvořák came to a conclusion by famously saying: “In the Negro melodies of America I discover all that is needed for a great and noble school of music.”

Dvořák would go on to write a number of “Negro melody”-inspired compositions, including his 1893 Symphony No. 9 and String Quartet No. 12, affectionately known today as the “American Quartet” (although early listeners nicknamed it the “Nigger Quartet.”) There was certainly a level of naïveté for Dvořák to assume that white American audiences would appreciate his respect for Black music—history shows that American conservatories and other “classical” institutions remained focused on European music. Regardless, those “Negro melodies” continued to evolve, shifting over the years into Blues and other genres, before ultimately morphing into the sounds that fuel today’s music industry. Most people may not consider R&B or Hip-Hop “classical” genres of music, but the evidence is clear that those aesthetics are nothing more than an evolution of classical music as affirmed by classical musicians and composers, both foreign and domestic.

So what does this mean for the future of “classical music” in America as most people know it? Is it time for orchestras to forego Bach, Beethoven, and Brahms for the sake of Beyoncé? Should “classical” radio stations start airing Nina Simone’s “Mississippi Goddam” instead  of Ferde Grofe’s 1926 “Mississippi Suite?” For some, the answer is a definite yes. For most people who have invested themselves in the “classical music” industry, the answer is something else. Yes, there were, and still are, countless Black composers of “traditional” classical music, but what actually speaks to the times, as Nina Simone once believed that all artists must do? There’s no single answer, but at the intersection of a board of Grammy voters, a 19th century affirmation from a Bohemian, and a refreshed look at traditionally Eurocentric musical vocabulary, is a composition titled “Black Parade” by Beyoncé. In releasing chart-topping compositions that speak to the Black foundations of American “classical” music and the aesthetics and experiences of today’s music consumers, Beyoncé has positioned herself as not only one of today’s biggest pop stars, but one of history’s many consequential and impactful American classical composers.

Garrett McQueen is a bassoonist who has performed with orchestras across the country, including the Knoxville Symphony, the Saint Paul Chamber Orchestra, and the Detroit Symphony Orchestra. Today, Garrett spends most of his time as a producer, with content featured on the Public Radio Exchange (PRX) and local public radio stations across the country. In 2017, Current named McQueen "a black talent in public media that you may not know, but should", and in 2021 the New York Times noted his weekly podcast, TRILLOQUY, as a standout and one that is "required listening for industry leaders and listeners alike".  In addition to working as the Executive Producer and co-host of the TRILLOQUY podcast, Garrett works as an equity consultant, guest speaker, curator, and presenter at the intersection of race and "classical" music. He serves on the board of the American Composers Forum as the Equity Committee Chair, and is on the leadership teams of the Black Opera Alliance, the Gateways Music Festival, and the International Society for Black Musicians.