A few months ago, I peered into a small diner window wearing an open kitchen. A fit, short man in a white shirt and worn jeans smoked a cigarette while flipping eggs and hash and hams, scraping grease, buttering breads, re-filling coffees, and thumbing corners of oily order papers atop the grill. He left space for a cigarette. Similarly, at a backyard show, a drummer placed a cigarette between his lips and played drums with an immaculate groove. He took it out between songs or when watching the cello player enter a trance of elongated low-note leads. He was always listening to someone more than himself. If someone can smoke a cigarette while doing whatever they do, then they’ve mastered their craft.

French pianist Sofiane Pamart (aka ‘piano king’) is known for reinventing conventions of classical music. As a heavily streamed classical pianist he marries elements of R&B and notes of the contemporary to create what’s accessible. Like the dedicated cook and the drummer swimming in his world, Pamart delivers his work with a natural sensibility. He acknowledges pauses and when to fill in gaps without overcrowding. If the venue allowed it, he could smoke and play just fine.

National Sawdust was his first stop on his U.S. tour where he sold out both an early and late show. In admirable confidence, he entered the stage with a light bow. He donned a colorful button-down alongside a pair of dark sunglasses with miniature lenses. Presentation is always important, but even more so as a solo artist. 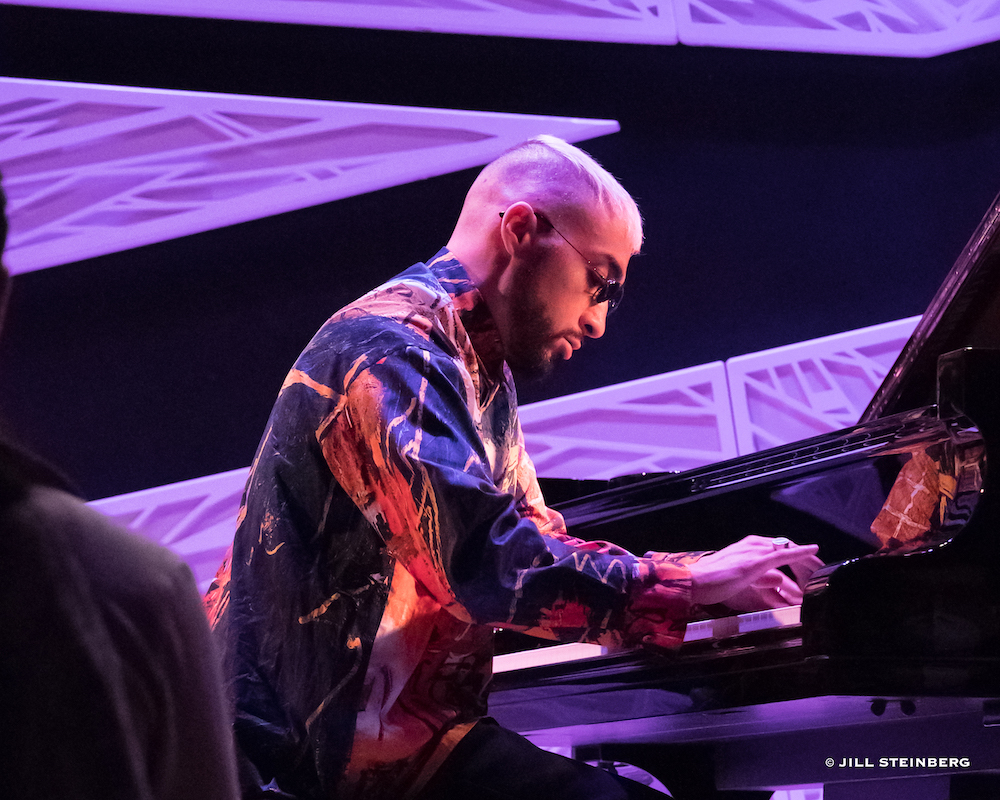 After a song, Pamart shifted in his chair and nodded gently in humble grace towards the crowd. He waited for the applause to dissipate. Using the entire length of a piano, he took the audience through shifting soundscapes. Arpeggio-like shapes mirroring water drips in “Paris'' and uneven pendulum swinging in “Nara” filled the room. Like moving fast in a car but a moon follows slowly, he was able to suspend time, acknowledging beginnings, ends, and conversations between notes that resolve and ones that don’t. An accidental beer can pop mixed through applause layered the ambiance of his set, settling into his art like he was playing in a living room.

At a few points I vigorously scribbled down notes. Two women next to me (who never listened to Pamart and had purchased tickets from a man on Facebook marketplace) were consistently stunned, taking long videos. Eventually I trashed my notes, letting myself float to the surfaces of the soundscape. Perhaps his work isn’t meant for documentation. I couldn’t entirely explain to a friend later that night what I felt. “One long, detailed second,” was the closest thing I uttered out, in question to myself.

Jane is a community-oriented musician and collaborator based in Brooklyn, NY (who occasionally dabbles in writing).

This article is a part of our Flash Review series, which is dedicated to capturing the specific embodied experience of a performance in National Sawdust's space. Live performance can often feel fleeting or ephemeral, but we hope these reviews allow you to return to that moment and enable you to listen deeper. What did you miss the first time around? How can you better appreciate the music through someone else's lens? More than anything, our Flash Reviews are an invitation to remember together. If you've ever been moved by a performance in our space, we hope you'll consider writing about it for us. Email boxoffice@nationalsawdust.org for more info.