In “Dawn Chorus,” the last movement of Liza Lim’s Extinction Events and Dawn Chorus (2016) for chamber ensemble, the musicians pick up small percussion instruments to summon an animated, throaty growl. It is a sound we might consider unearthly were it not Lim’s transcription of a natural process: the “singing” of coral reef fish as they apprehend the changing light of the morning, occurring far beyond the domain of human hearing.

Composers spanning the classical and new music traditions have long sought out nature as a spiritual muse. At issue in Extinction Events and Dawn Chorus is not purely ritualistic invocation or exultation of the physical world, however, but rather the question of how we have come to recognize signs of spiraling ecological destruction. Lim’s work at large offers a point of entry into our relationships with the earth and each other in the age of the Anthropocene.

Lim’s compositions reflect many of the ideas of ecomusicology, an interdisciplinary field that examines how sound mediates the relationship between humans and the natural environment. As capitalism, industrialization, systemic racial and class injustice, and the attendant climate crisis have strained our connections to nature, composers like Lim argue that the experience of music can help us untangle our relationship to the planet as we consider its destruction, a notion so dire that it is, per Judith Butler, potentially “ungrieveable,” immense beyond intellectual understanding. These varied approaches to composition and musical experience are at once a source of connection and alienation, destabilizing our anthropocentric sense of the physical environment.

‍
Ecologically conscious music has roots in numerous disciplines. In the 1960s, Canadian composer R. Murray Schafer prompted by an onslaught of industrial noise in his community, developed the field of acoustic ecology to understand how humans and the environment relate to each other through sound. The work of Schafer, Hildegard Westerkamp, Anthony Seeger and their contemporaries, catalyzed eco-consciousness in American experimental music. Drawing from Zen Buddhism and the I Ching, John Cage, David Tudor, Pauline Oliveros, and their cohort popularized the notion that the separation between the human-made sounds we consider music and the sounds of the world around us is illusory. Musicians from the jazz and other Afrological improvisation traditions, such as Sun Ra and Charlie Parker, founded many of the compositional ideas and philosophies of liberation and unity through sound that undergirds eco-conscious composition.

To explore our entanglement with nature, eco-conscious new music presents a multifarious vision, employing all manner of sound and instrumentation, including silence and absence of sound, media, and collaborative styles. John Luther Adams’s Become trilogy, which includes the Pulitzer-winning Become Ocean, and Lei Liang’s Grawemeyer-winning A Thousand Mountains, A Million Streams (both for orchestra), draw upon the composers’ experiences of beloved landscapes that are beginning to shift as a result of climate change. In “Carbon Song Cyle” for chamber ensemble and “expanded cinema” by Pamela Z and Christina McPhee, the composer, drawing upon scientific data and texts on the environment, reflects on the process by which life forms exchange carbon. 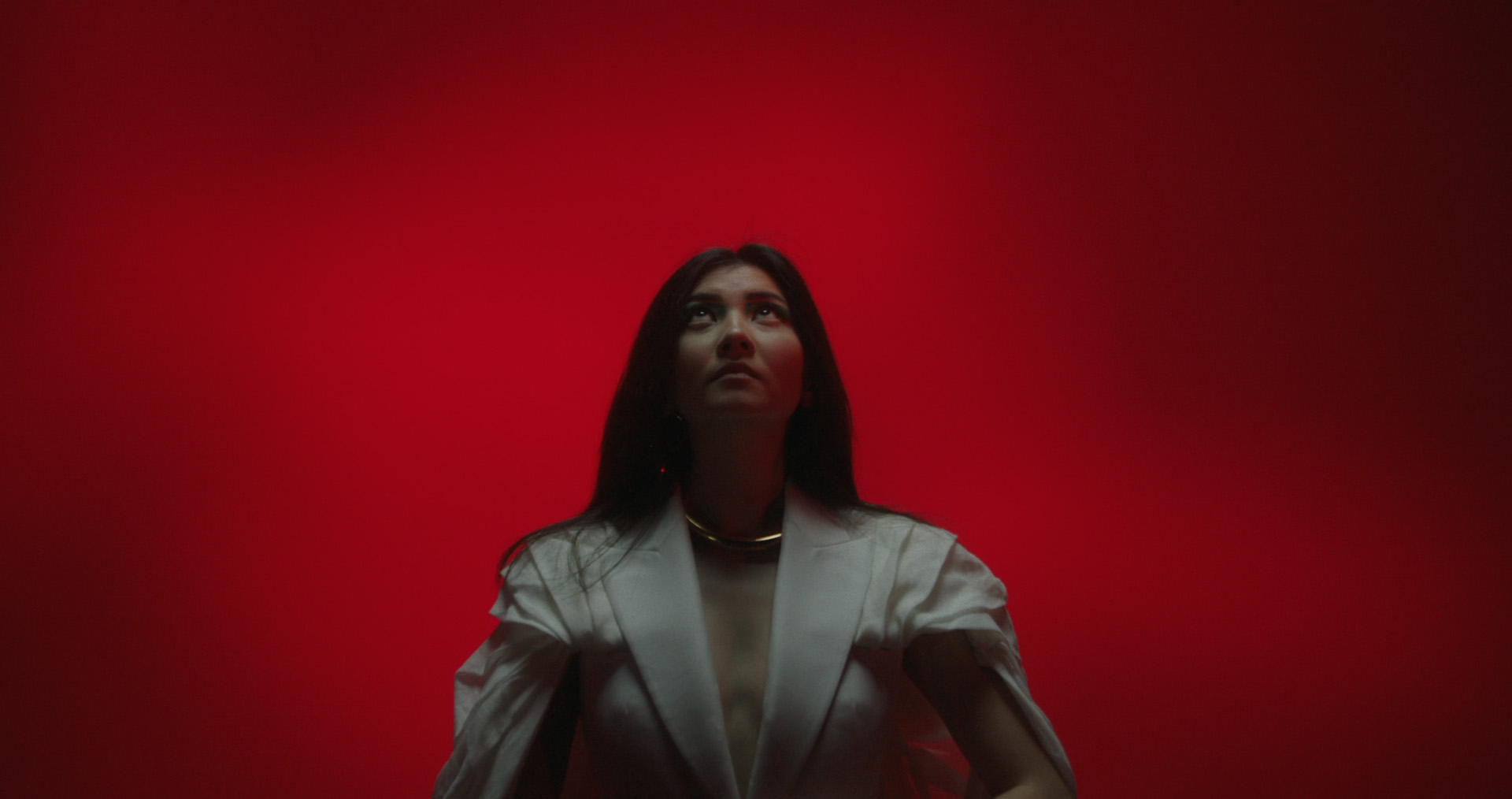 "By sounding relationships between ourselves and our environments, eco-critical music provides a model for how artists and listeners can contribute to the dismantling of systemic injustice."

Many of these works are site-specific, placing us directly in the environments their sounds and stories evoke. In March, Du Yun and Raven Chacon’s immersive opera Sweet Land, created with Yuval Sharon’s opera company The Industry, brought the last of pre-pandemic audiences to Los Angeles State Historical Park for a mythic recounting of the harm wrought upon indigenous society following white colonizers’ arrival in what would become the United States. Christine Sun Kim’s “(LISTEN),” a nonverbal soundwalk through the Lower East Side, asks audiences to reevaluate how they experience sound in space and vice versa through a series of text prompts.

The Australian geographer and sound artist AM Kanngieser, reflecting on their fieldwork concerning the sound of ecocide on the Pacific island of Nauru, provides a useful framework for how we might receive eco-critical music: the object is not only listening, but also “attunement,” the sense that whatever strikes your ear is merely one facet of an ongoing process that you might never grasp in its entirety. Invoking the anthropologist Audra Simpson’s notions of refusal in her landmark text Mohawk Interruptus, Kanngieser explains in a talk for the Amsterdam-based Sonic Arts that attunement starts with “acceptance of what I don’t know, what is not mine to know, what is none of my business to ask or to be told.” Such thinking eschews our entitlement to the natural world and peoples beyond those validated by white colonialist ideas. Kanngieser envisions an alternative relationship to the environment, one in which we must ask permission of the land.

The ideas espoused in eco-critical music resonate widely, particularly as the classical music industry has sought to expunge white supremacy and broaden access to its ranks. System racism and the climate crisis go hand in hand, as many historically marginalized communities are far more likely to live in places most affected by climate change and experience unequal access to natural resources as a result of disenfranchisement, segregation, and inequitable public policy. By sounding relationships between ourselves and our environments, eco-critical music provides a model for how artists and listeners can contribute to the dismantling of systemic injustice.

Eco-consciousness is also evident in how the music industry, prompted in part by Covid-19, has begun reconsidering unsustainable practices like international tours. On her Climate Citizenry blog, the composer Gabriela Lena Smith is cataloguing her experiences as a witness of the climate emergency in California, as well as ways in which musicians can make ecological consciousness a priority. In her own writings and through collaborations with the climate activist ensemble Orchester Des Wandels, the violinist Patricia Kopatchinskaja has likewise called for an industry-wide shift in how music is performed and distributed. Their actions have made way for broadening recognition that our musical future depends on being good stewards of our world.

We can understand the sounds of eco-conscious music as an archive of what it has been like to relate to the earth at these increasingly uncertain junctures, a series of works that may someday render as requiems. These works are a place of mourning, yet also awe: for everything we have yet to realize about our home, for everything that we never will.

Winner of the 2018 Rubin Institute Prize in Music Criticism, Jennifer Gersten is a freelance journalist and music critic from Queens, New York. Her reporting, essays, and reviews have appeared in Rolling Stone, The Washington Post, The Kenyon Review online, The Awl, Harvard Magazine, Guernica, San Francisco Classical Voice,WQXR, NPR Music, and The Toledo Blade. She has also been an on-air essayist for the PBS NewsHour and an editor at Guernica. She graduated from Yale with a degree in English and creative writing, and she is pursuing a DMA in violin performance at Stony Brook University, from which she also received her master’s.

A sampling of her reporting interests includes sex education in Bosnia, out-of-control lawns in Toledo, OH, social class at Yale, and a Connecticut nude resort. Jennifer was a finalist in the 2015 Norman Mailer Four-Year College Writing Awards for an essay about her mother, an amateur ballroom dancer, that served as the genesis for her senior thesis project on the Asian American ballroom community of Flushing, NY.